Ramlee Rahmat, the Health Ministry deputy director-general, said the woman had returned to Malaysia from the United States on Wednesday and was hospitalized Friday in northern Penang state.

Tests confirmed early Saturday that she was infected with the H1N1 virus, but he said there were no fears that the disease was spreading. The woman was a friend of a 21-year-old man who was also infected with the virus and they were both on the same flight, he said.

"They happened to be together. That's how they got it," he told the Associated Press. "Both of them are in stable condition. The situation is under control."

Globally, 73 people have died of the new strain of influenza, 66 of them in Mexico, where the virus originated. Five deaths have been reported in the U.S., one in Canada and one in Costa Rica.

According to the World Health Organization, some 7,520 people in 34 countries are confirmed to be suffering from the disease, mostly in the U.S. and Mexico. Health officials have warned that the virus could spark a pandemic, infecting millions of people with no natural immunity.

The WHO estimates that up to 2 billion doses of swine flu vaccine could be produced every year, though the first batches wouldn't be available for four to six months.

Email ThisBlogThis!Share to TwitterShare to FacebookShare to Pinterest
Labels: piggy 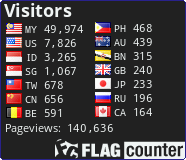